I recently sat down with a core group of producers, designers, and engineers, who each had deep experience at a bevy of heavyweight studios, to distill our best practices and solidify a clear process for making games. While we optimised around our needs as a studio operating and creating the living games of RuneScape and Old School, hopefully there is something here to help you on your journey of making your next great game, or even your first one.

There are three core phases to consider: First up is the Discovery phase, where you decide that you want to make a game and figure out whether you should fund it. Ideas are cheap, so this is the time to sift the good ideas from the bad in rapid succession.

Second comes the Pre-Production phase. Financial investment begins on a small scale to fund an initial team with the objective of proving out and maturing the game’s core concept, primary features, and USPs.

Third, there is the Production phase where you scale your team up significantly. All your core systems are complete, and you need to feed the content beast. This is by far the most expensive part of development, so be damn sure that you have something solid by this point. When you are done, it is time to ship and allow your fans to finally play your game.

We break the three phases into nine stage gates. At each stage gate, take a step back, review your work through an impartial lens, and decide whether it is worth going forward and continuing your investment or not.

One of the hardest things to do is to walk away from a game in any phase of development. You are passionate about it. Your team loves it. You have put blood, sweat and tears into it. Sometimes all of that is not enough and the right thing to do is stop the effort and start again. If you must, stop development and cancel a game; the earlier you do it the less expensive it is. Making games is hard and too many bad games make it to market, fail, and take down the team and sometimes the company that made it. This process ensures that passion does not override logic.

The best part about the Discovery phase is that it is virtually free and the more ideas and variations of ideas you go through, the better chance of success you have. When you have an idea that has merit, you need to decide to fund it or not.

The Discovery phase needs to end with clear alignment: The game has creative appeal, it is technically feasible, and it is strategically sound.

With alignment in place, funding can be unlocked to build an initial team and enter the Pre-Production phase. Begin with a Prototype and focus on the core concept and key risks. When you are done, you should be clear on what makes your game work and be confident that the team can make it.

Next comes the First Playable. At this point, the core concept is playable and core gameplay loops are built around it that link any number of primary features and USPs. 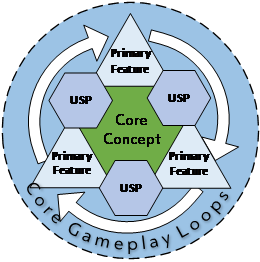 Next up in Pre-Production is the Vertical Slice, which adds secondary gameplay loops to the core base established in First Playable. This needs to prove out that the game is compellingly entertaining, and external players – be that external testers or community members – want to keep playing more. 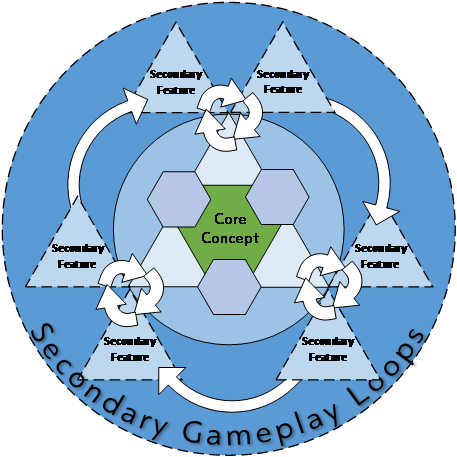 The vertical slice has demonstrated the game is fun and fundamentally sound, so now it needs meat adding to its bones in the Production phase, driven by an expanded team and scaled-up outsourcing. By Alpha, it’s feature and system complete, it has proven commercially viability, and your first pass at launch content is present and fun to play. At this point it should also be generating buzz within your community, on social channels and in the press.

Beta is the new ‘final’ these days – the game is launch complete in all aspects, it’s fully live and running from data centers if a living game, and the buzz continues to build.

We have a final phase in Production that unfortunately many people skip – the Closing gate. Skipping this is the primary reason of giant day-one patches, unstable launches, and other launch missteps. So, spend some time and give your game some love: do not make new content, do not add new features, fix the bugs that cause quality of life issues for the players and polish what you have. Do another set of compatibility testing to make sure that you really do run well on all the devices you want to support. Ultimately, this is the take pride in your work phase. 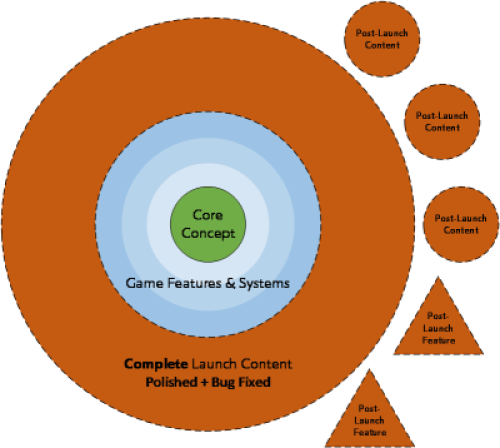 When you are done, your team will be proud of the game, it adds prestige to your studio and increases the reputation of everyone who worked on it. Importantly, the players are having a great time and cannot wait for your next game – time to go work again.

This blog appears in the August 2019 edition of MCV