Jagex to support the launch of Outlier Games’ first title

The roguelike title is the third deal of the RuneScape creators’ third-party publishing initiative, following ‘Space Punks’ and ‘Melvor Idle’ 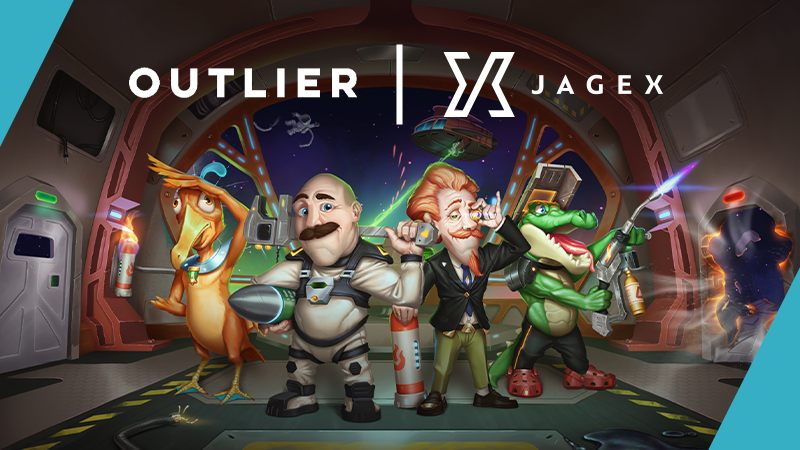 Cambridge, UK – Thursday, February 3rd 2022, 2pm GMT – Jagex, the leader in developing and publishing deep, community-driven video games today announced that it has signed a deal with Irish/Canadian indie developer Outlier Games to publish the studio’s inaugural game, the spaceship management roguelike This Means Warp. The game is set to be released on PC via Steam Early Access on March 17th 2022.

Designed with multiplayer and replayability at its core, This Means Warp encourages players to cooperate and think tactically in hectic, real-time space battles, and adopt shrewd strategies as they guide their ship through a hostile, procedurally generated universe. Taking inspiration from roguelikes such as FTL and party games such as the Overcooked series, This Means Warp sees players control crew members onboard a ship, manning different systems, targeting weapons and conducting repairs, and ultimately charting a course through the treacherous void of space.

This Means Warp is the first game to be developed by Outlier Games, an independent studio founded by Paul Froggatt and Matt Rathbun in 2018, based in Dublin, Ireland, and Toronto, Canada. It will be the third game to be published by Jagex Partners, the publishing arm of the British game developer of deep, community-driven games and best known for the RuneScape franchise. Jagex Partners will be providing additional resources, marketing support and its extensive publishing experience throughout This Means Warp’s launch and commercial lifecycle.

Technical director and co-founder of Outlier Games Paul Froggatt said: “We’re incredibly excited to be working with Jagex Partners to bring This Means Warp to market. The scale of support that we’ve been able to draw on in the run up to our Early Access release has really impressed us, not just in terms of the specialised skill sets that the teams at Jagex bring to the table, but how much their support has allowed us to plan for the future of both This Means Warp and Outlier Games as a company. They’ve been nothing but responsive and professional throughout this entire process and we look forward to working closely with them moving forward.”

Phil Mansell, Jagex CEO, said: “When we were first introduced to Outlier Games, we were incredibly impressed with what they’d created in This Means Warp – it combines some of the best aspects of roguelikes with party games in a way that encourages cooperation and has endless replayability. What most stood out to us as a publisher was how Outlier has involved its community at every stage of development so far, putting player feedback at the centre of how the game is made, and influencing the direction its development has taken. As a publisher, it’s a rare pleasure to find a game that resonates with its player base, that can bring that appeal to the wider gaming audience, and that has serious long term commercial opportunity. We look forward to supporting the launch of This Means Warp, and Outlier Games as a developer, well into the future.”

More details about This Means Warp can be found on the official Steam Page, where players can also enjoy a fully playable demo of the game prior to its launch on Steam Early Access later on March 17th 2022.