This Means Warp is the third title to be published by Jagex Partners, Jagex’s third-party publishing initiative 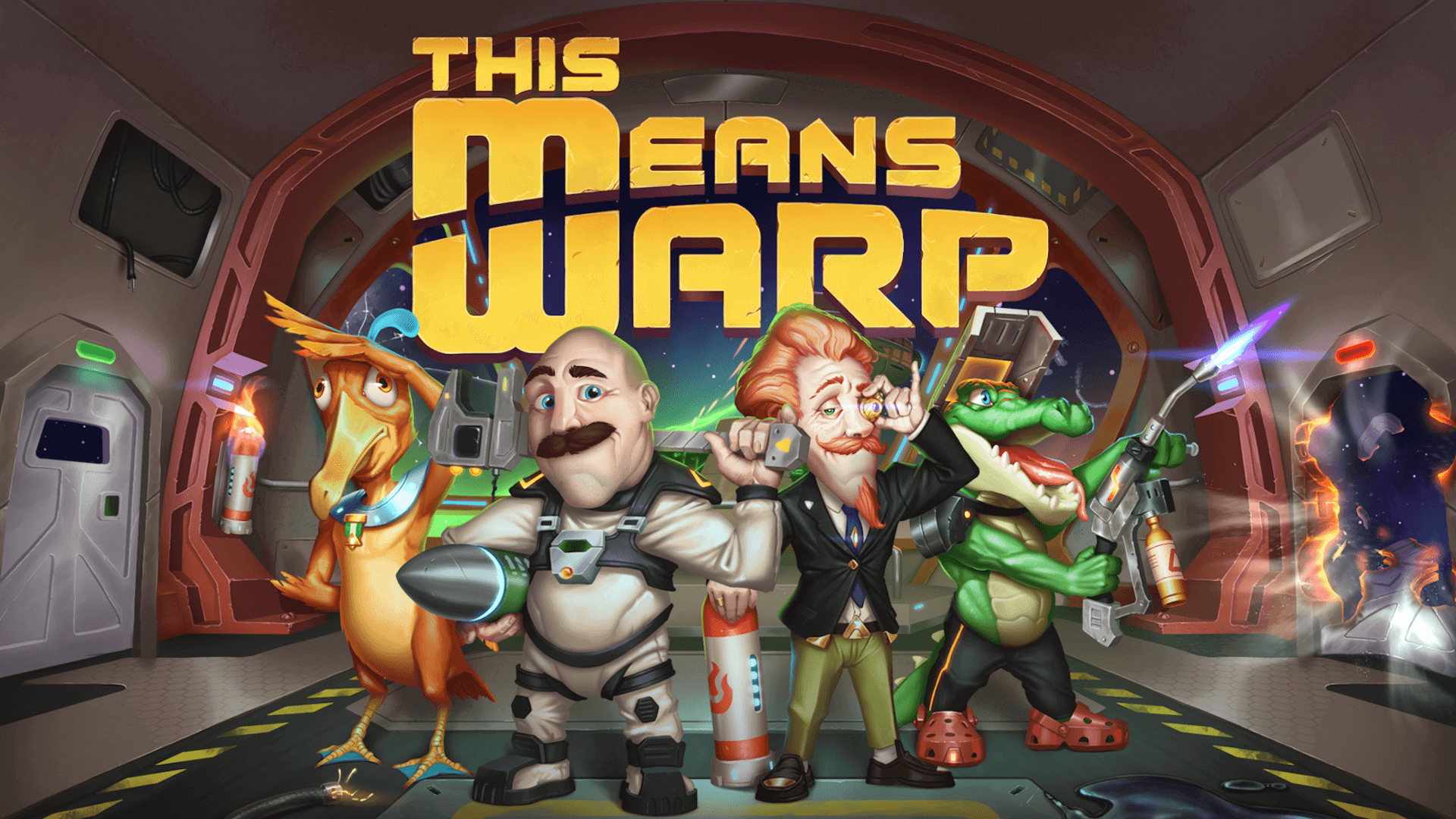 This Means Warp is set in a dystopian sci-fi future with a cartoon twist, where the mysterious Norg have attacked one of humanity’s outer planets, and shady mega-corporation GloboCorp has vowed revenge on the Norg mothership. When their ship’s entire crew are accidentally sucked out of the airlock, players must make the perilous journey across the galaxy - alone or with up to three friends - engaging in both combat and non-combat encounters.

Taking inspiration from roguelikes such as FTL and co-op games like the Overcooked series, This Means Warp encourages players to think tactically in hectic, real-time space battles, and strategically as they guide their ship through a hostile, procedurally generated universe. Designed with multiplayer and replayability at its core, This Means Warp sees players control crew members aboard their ship - manning different ship systems, targeting weapons, conducting repairs, and choosing a path through the game’s dynamically changing universe.

This Means Warp is the first game to be developed by Outlier Games, an independent studio founded by Paul Froggatt and Matt Rathbun in 2018, based in Dublin, Ireland, and Toronto, Canada. It will be the third game to be published by Jagex Partners - the publishing arm of Jagex, the British game developer and publisher of deep, community-driven games and best known for the RuneScape franchise.

Technical director and co-founder of Outlier Games Paul Froggatt said: “The Early Access launch of This Means Warp is the result of years of hard work from us here at Outlier Games, and the tireless support of our fan community. The feedback they’ve been able to provide over the course of the game’s development has been instrumental in shaping the concept and gameplay of This Means Warp, and we’re incredibly excited to share exactly what we’ve been working on. Thanks to the support of Jagex Partners in publishing the game, we look forward to reaching the wider gaming audience both in This Means Warp’s early access phase and ongoing development.”

Robert Fox-Galassi, Lead Product Manager for Jagex Partners said: “We are incredibly excited to be publishing This Means Warp. The unique fusion of multiplayer co-op and aspects of rougelite games that Outlier Games has been able to create seriously impressed our team here, and the way the studio has placed community feedback at the heart of its development process made it the perfect candidate to be the third game published by Jagex Partners. We’re looking forward to supporting Outlier Games with our extensive publishing experience, marketing support and localisation tools - both with the launch and ongoing development of This Means Warp, and with future projects that it wants to pursue.”